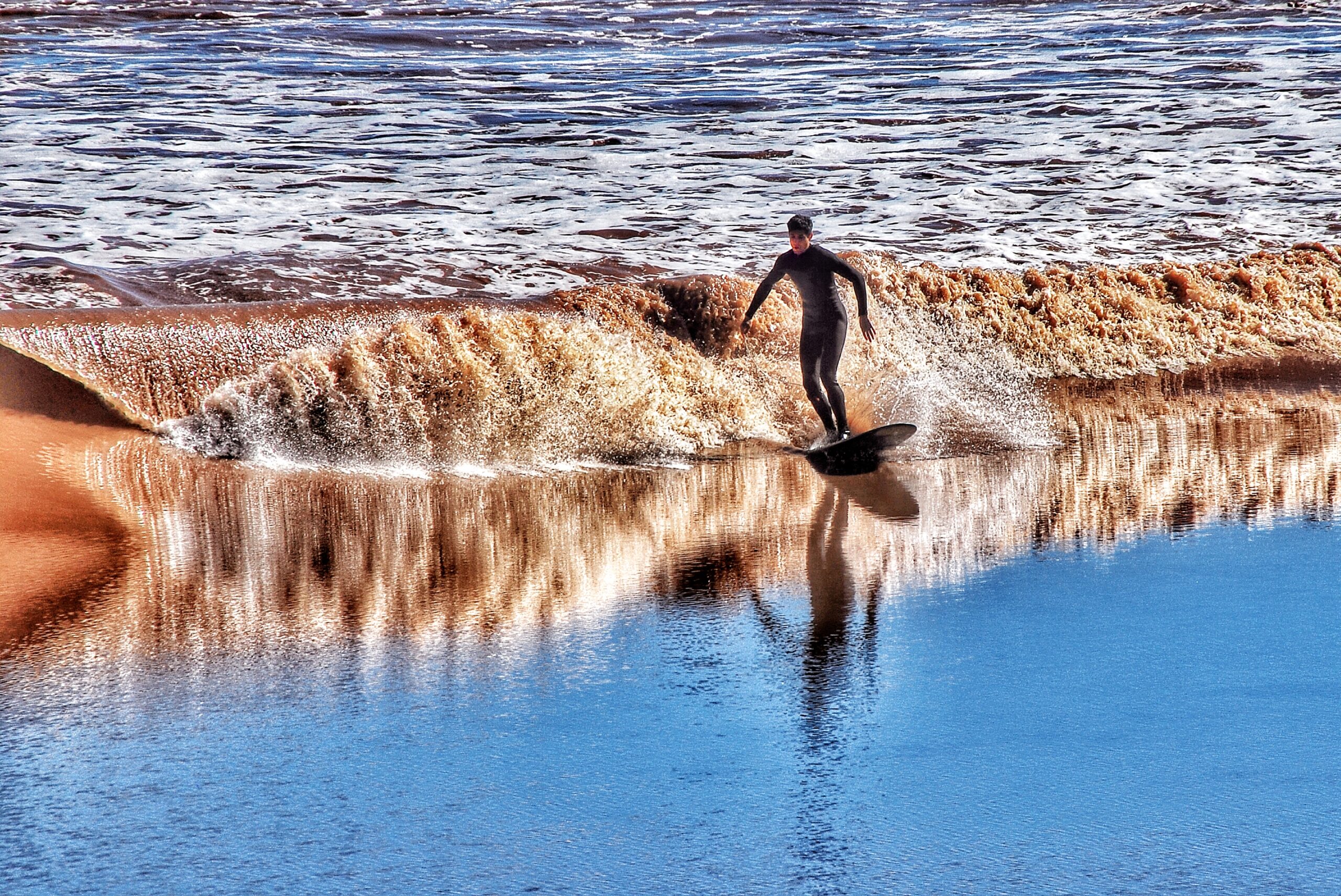 One of the things that make the Petitcodiac River unique is its fascinating Tidal Bore! Tidal bores occur in a few locations worldwide and we are lucky to have one right in our backyard. The tidal bore is a natural phenomenon in which an incoming tide forms a wave that goes against the current of a river. The tidal bore is created and influenced by factors such as river slope, downstream flow, river basin morphometry, moon phases, seasons, and winds. It forms twice a day, reaching as high as 75cm and speeds up to 13km/hour.

Plan ahead by checking the tidal bore schedule or tune into the live tidal bore webcam, situated at Moncton’s Bore Park.

The construction of the causeway which was completed in the late 60s led to numerous environmental crises crowning the Petitcodiac River the most endangered river in Canada. It is now becoming one of the most successful restoration projects. With the opening of the causeway gates in 2010, the tides have slowly regained their glory. Now with the removal of the causeway, the Petitcodiac River will finally flow freely. Have you witnessed the river change over the years? What does restoration look like to you? How would you like to see the river appreciated?

Share a photo on Facebook or Instagram of you participating in this activity and tag it #celebratingthepetitcodiac for a chance to win a prize! Feeling lucky? Complete a row in our Bingo Card for extra entries.

The event is finished.